Borgata Hotel Casino and Spa to Lay off Workers 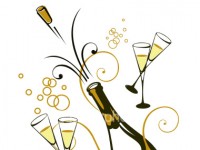 The casino gaming industry in Atlantic City was supposed to be experiencing a slight increase in their gambling earnings by this period.

After a few years of dealing with the problems caused by the economic crisis, gaming analysts are hoping that the revenues of casino facilities in Atlantic City (AC) will begin to improve again.
But on May 10th, 2011, Tuesday, casino facilities in New Jersey received a harsh dose of reality that their nightmare is now yet over.

Atlantic City casino earnings dropped by 7.1% to $289.4 million dollars. The drop in casino earnings was the result of not only from economic crisis but also increased in gaming competition from adjacent states.

The continued revenue losses have caused workers in the city to lose their jobs. Officials of the Borgata Hotel Casino and Spa recently announced that they will be laying off 50 casino table game employees. The job cuts are the result of players traveling to Maryland, Pennsylvania, Maine and New York to play instead of staying in casinos in New Jersey.

Legislators in Pennsylvania approved casino table games in January 2010. Casinos in the state started offering casino tables by the summer of 2010. Gaming analysts have estimated that by the end of 2012, the state of Pennsylvania will surpass New Jersey as the premier gambling capital in the US East Coast.

Ecocard casino payment gives its users security and peace of mind when they engage in digital money transaction online.  This service is incredibly user-friendly and is reliable. Internet gamblers can confidently make deposits into their casino accounts with this method, knowing that they are...Read More

EziPay casino payment is one of the newer electronic banking services that you will find at online casinos. It's an e-wallet service with an online debit card that lets you deposit funds into your player account with ease. It is an incredibly flexible and highly practical payment service when it...Read More

CoolCat Casino has revamped its website to remain fresh and appealing to its customers.  Providing innovating and amazing casino...

WinADay Casino has just announced that it is now adding yet another exciting slot game to its impressive line-up, which already...